Montclar is typical of a "village circulade" with over 1000 years of history. So called for the design style of concentric circles often finishing with a Church at the summit. As well as forming a naturally defensive structure for bygone times, the increased elevation is conducive to a gentle breeze perfect at the height of Summer and during your stay you will notice small friezes of the God Aeolus embedded into the courtyard.

Each house is named after a Cathar Castle and they are well worth visiting along with sites such as Renne le Chateau and the impressive medieval walled city of Carcassonne - the biggest example in Europe. Discover the myths of the region popularised by authors such as Dan Brown and Kate Mosse and set off to walk or cycle in the shadow of the Cathars.

These are places of sublime beauty and set against the breath-taking backdrop of the Pyrenees and rolling vineyards it is easy to see why this region inspired Artists like Matisse and Picasso. You can visit their haunts of Collioure and Ceret towards Spain or head along the coast to Arles, and marvel at the stunning Roman architecture depicted by Van Gogh.

The Languedoc is the biggest wine growing region of France and rapidly gaining the attention it deserves with the vast amount of sublime and affordable wines on offer. Montclar is in the Malepere region - wines often characterised by an eclectic mix of the Languedoc and Bordeaux grape varieties and right on your door step there are two vineyards you can stop off for a vin du degustation - the renowned Gerard Bertrand and Chateau Guerre.

Slightly further afield at St Hilaire you can sample Blanquette, which is the first known sparkling wine produced in France, with lore suggesting Dom Perignon learnt the secret recipe here whilst in service of the monks before developing Champagne further north. And many more innumerous to list; although we think a glass of Picpoul du Pinet on the Mediterranean is worth the hour or so drive at least once. 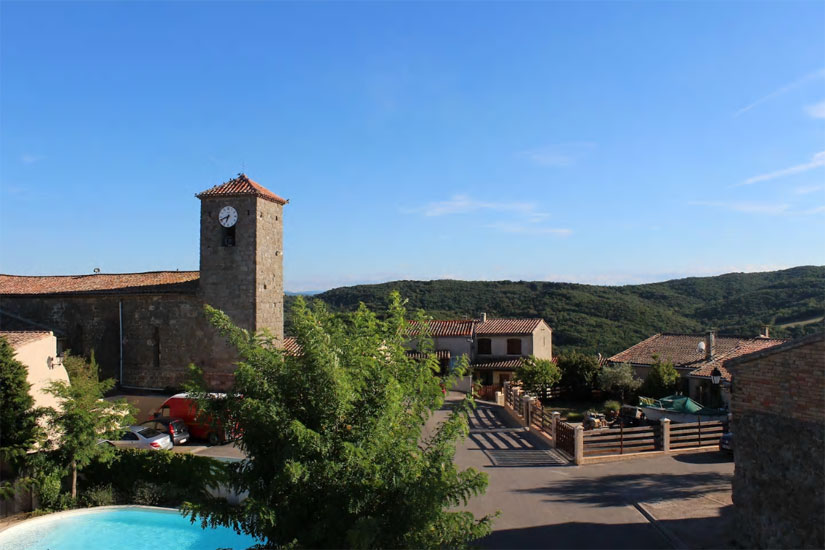 Montsegur is a lovely house and Montclar is very peaceful. We had a wonderful, relaxing time.